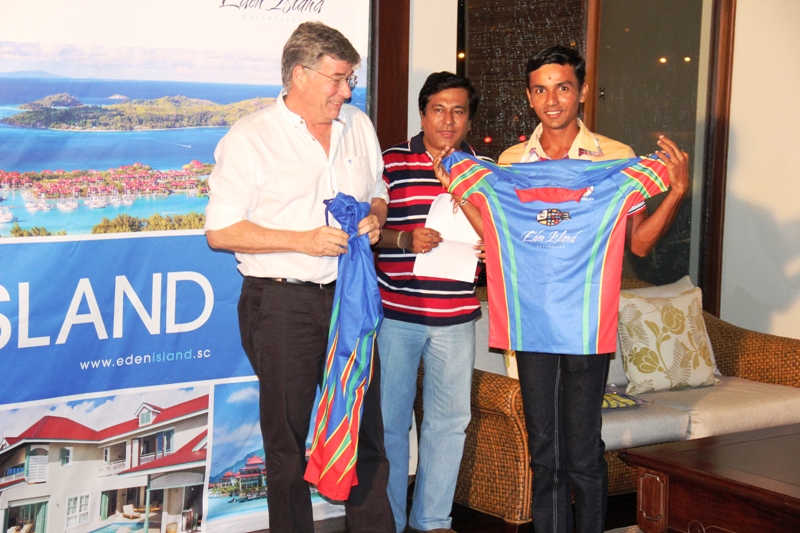 The team were presented with the equipment they will be using at the tournament during a ceremony at the Eden House, Eden Island on Monday evening. The equipment include playing kits, tracksuits, caps, bags and shoes.

National Sports Council (NSC) chief executive Giovanna Rousseau, who was present at the ceremony, wished the team the best of luck ahead of their venture.

Ms Rousseau also congratulated the Seychelles Cricket Federation on their hard work and reminded them to start working on the site of the cricket stadium.

An individual sponsor, Agnes who did not want to disclose her surname, provided the shoes to be worn by the team members.
The Seychelles team will compete in a group which includes Nigeria, Swaziland, Mozambique and Ghana.

In all there will be 14 players and two officials making the trip along with their coach and team manager.
Twenty20 cricket is a short form of cricket. It was originally introduced by the England and Wales Cricket Board (ECB) in 2003 for professional inter-county competition in England and Wales. In a Twenty20 game the two teams have a single innings each, which is restricted to a maximum of 20 overs. 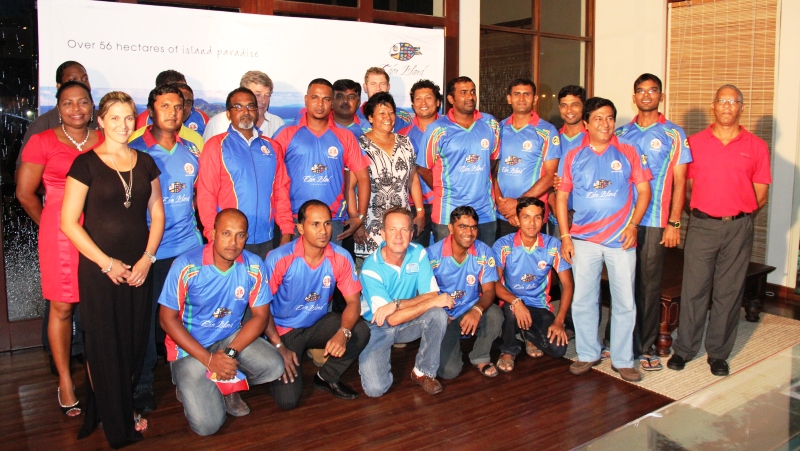